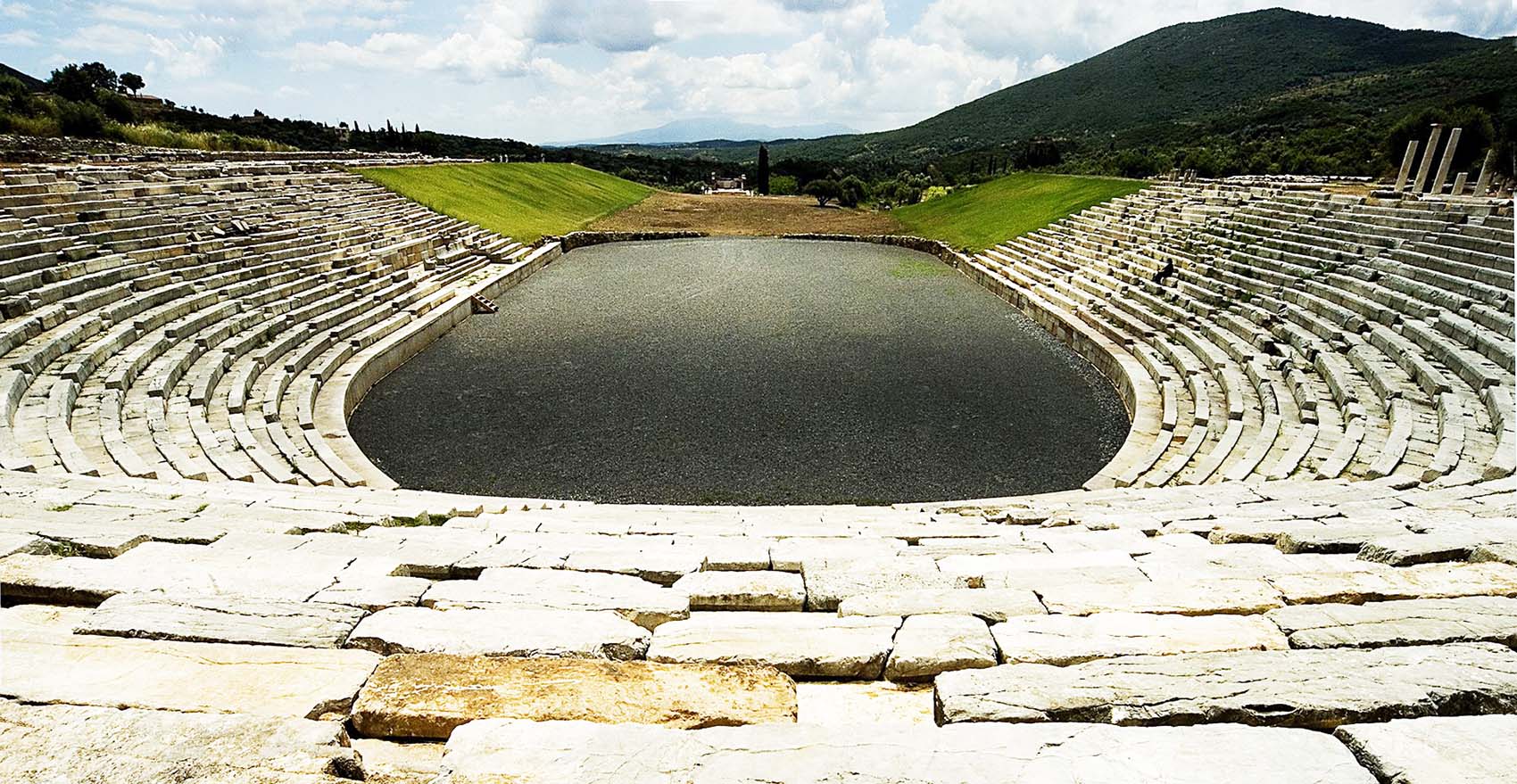 If you find yourselves in the Messinia region, the most significant archaeological site that you must visit is that of Ancient Messene which is located just outside of Mavromati village, 30 km from the center of Kalamata. This is one of the most well-preserved ancient city in Greece, which to this day manages to maintain the prestige of yesteryear, leaving its visitors impressed. The city was named after the mythical Queen Messini, daughter of King Triopios of Argos.

The city remained the cultural center of Messinia until 395, when the invasion of the Goths of Alaric gave the decisive blow to the city. The first findings of the ancient city that was built in 369 B.C. by the Thibean general Epaminondas began coming to light during the period of the Greek Revolution, taking both archaeologists and the public by surprise. The city was created using the Ippodamic urban system according to which all buildings have the same orientation.

The area is divided into horizontal and vertical streets, while its wall measures 9 km in length and has two main gates. The Arcadic (or gate of Megalopolis) and the Laconic. The most significant monuments of this archaeological site that have been discovered with excavations include the Theater (existed from the Hellenistic age and was reconstructed during the emperors Augustus and Tiberius in the mid 2nd century A.D.), the Sanctuary of Sarapis and Isis, a proto-byzantine basilica, the Fountain of Arsinoe (daughter of the the legendary king of Messinia, Leucippus, and mother of Asclepius), the west side of the Agora, the Statue of Zeus the Savior, the Roman manor of later Roman ages, the Stadium and the Gymnasium (typical examples of preservation of the ancient city’s building blocks).

Find out more or adjust your settings.

This website uses cookies so that we can provide you with the best user experience possible. Cookie information is stored in your browser and performs functions such as recognising you when you return to our website and helping our team to understand which sections of the website you find most interesting and useful.

Strictly Necessary Cookie should be enabled at all times so that we can save your preferences for cookie settings.

If you disable this cookie, we will not be able to save your preferences. This means that every time you visit this website you will need to enable or disable cookies again.

This website uses Google Analytics to collect anonymous information such as the number of visitors to the site, and the most popular pages.

Please enable Strictly Necessary Cookies first so that we can save your preferences!